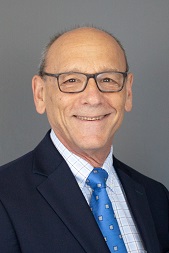 My most recent book, published in January 2016 is The Wilmington Ten: Violence, Injustice, and the Rise of Black Politics in the 1970s. In February 1971, racial tension surrounding school desegregation in Wilmington, North Carolina, culminated in four days of violence and skirmishes between white vigilantes and black residents. The turmoil resulted in two deaths, six injuries, more than $500,000 in damage, and the firebombing of a white-owned store, before the National Guard restored uneasy peace. Despite glaring irregularities in the subsequent trial, ten young persons were convicted of arson and conspiracy and then sentenced to a total of 282 years in prison. They became known internationally as the Wilmington Ten. A powerful movement arose within North Carolina and beyond to demand their freedom, and after several witnesses admitted to perjury, a federal appeals court, also citing prosecutorial misconduct, overturned the convictions in 1980.

Read an interview about the book here. Listen to an interview from the WUNC radio show The State of Things here (scroll down the page to the Listen button).

My research focuses on 20th-century African American history. In addition to the history of the Wilmington Ten, I am the author of two biographies: Rayford W. Logan and the Dilemma of the African-American Intellectual (1993); and Walter White: Mr. NAACP (2003), which won honorable mention in the Outstanding Book Awards from the Gustavus Myers Center for the Study of Bigotry and Human Rights in North America. I have also published academic articles on topics such as the Harlem Renaissance, the civil rights movement in the 1940s, African Americans and world affairs, and school desegregation in North Carolina. My January 2015 article in the North Carolina Historical Review, "Remembering the Wilmington Ten: African American Politics and Judicial Corruption in the 1970s," won the R.D.W. Connor best article award in North Carolina history.