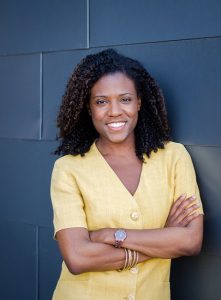 Berry is a social anthropologist specializing in performance studies and African diaspora studies. Her work uses a black feminist approach to understand racialized and gendered experience, social formations, performance practices, and political imaginaries. Using performance as an analytical lens, Berry focuses on both the movements of body politics and the corporeal bodies that constitute those political movements. This allows for consideration of how political economy, racial formation, and embodiment all play a role in political praxis.

From 2016 to 2017 Berry was a Postdoctoral Associate at the Institute of Sacred Music at Yale University, where she taught a course on dance ethnography, Afro-Cuban dance, and Cuban history, cross-listed in the Music Department, Theater Studies, African-American Studies, and the Ethnicity, Race, & Migration Program.

Berry’s current research examines what existing movements toward black self-making in the contemporary “post-Fidel” era can teach us about the Cuban Revolution’s “updating” economic model and visions for its future. Contemporary Cuba is marked by the expansion of the private sector and the amplification of racialized class inequality. Black-identified collectives are responding to these conditions through a range of ideological repertoires, from market pragmatism to religious aesthetics. These movements are challenging modernist, nationalist paradigms of political action, as well as dominant narratives of “socialist” versus “capitalist”. Taken as a whole, Berry’s research explores the sacred and secular dimensions of black political lives in motion within and beyond state institutions.

An adjacent project critically interrogates the embodied aspects of conducting engaged research in post-colonial contexts, theorizing from the specificity of black women’s sexed and raced relationship to these sites of investigation. This work charts a path to re-envision a politically engaged anthropology that is compatible with black feminist teachings, at both stages of ethnography: while working in “the field” (praxis) and while representing that experience (product).

For her teaching she was awarded the UNC Office of the Provost Engaged Scholarship Award in Engaged Teaching in 2020, and the 2021 UNC Johnston Teaching Excellence Award.

“From Ritual to Repertory: Dancing to the Time of the Nation”, The Afro-Hispanic Review. Volume 29 Number 1 (Spring 2010)

There are no upcoming events at this time.

Some Courses Offered by AAAD in Spring 2022*

AAAD 89: Health and Inequality in Africa and the African Diaspora (FYS)

AAAD 212: Africa in the Global System

AAAD 391: Human Development and Sustainability in Africa and the African Diaspora

AAAD 392: Struggles to Shape the City

AAAD 486: Africa in the American Imagination

*For descriptions of all AAAD classes offered in Spring 2022, please visit our course catalog. For a complete list of AAAD courses, including language classes (Swahili, Wolof, and Yoruba), please see the UNC Catalog.